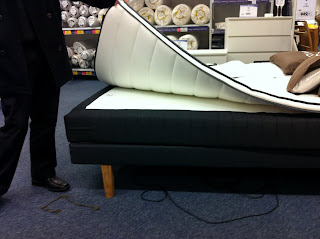 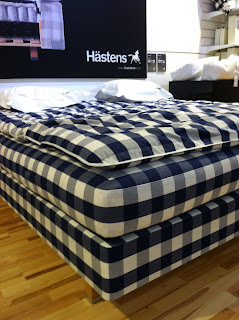 Why have I never considered how people sleep?
Or more specifically what they sleep on.
I have never been any conventional (what I now know to label conventionally American) standards.
I slept in a hammock for all of 7th grade.
The hammock was not my oddest childhood idea of a good bed.
Later there were futon cushions to fit into a built-in loft.
Finally when I decided to 'grow up' a bit, I still chose some complicated vintage bed, that needed some sort of rigging to work- slats created and hammered into place to hold the box spring.
When the time came that I had money to buy any type of bed I wanted, I had a black smith make me a four-poster bed. One that could be draped with elaborate feet meant to look like rays of the sun. The metal sun rays were a hazard to all with bare feet walking near the bed.
But these sort of fancies, are I think now, an American luxury.
For shopping, Americans as the Australians would say are "spoiled for choice".
Here in "Scandinavia" I have been told, and told there is one type of bedding.
"We in Sweden, like to have this top bit...what if you spill coffee? or have cats?" they say.
or "How do you air out a large mattress?"
or "Here in Sweden we have small apartments." That last statement at least I think does not bear real historic scrutiny nor does it likely apply outside the cities. This is not so odd, the 'top layer', I have a feather bed in Tasmania which I love although as with any 'raised consciousness' I doubt I could bring myself to buy a second one.
So here- the common bed is a version of a box spring mattress that has legs and is covered in material of some kind, usually a sort of upholstery fabric. Then there is a lot of molded foam made to look like a mattress, but is as I wrote...foam. With a thin top layer of more foam. I don't find 'foam' very inviting. Often the bed is actually two smaller beds pushed together. Often the duvet covers are also sort of smaller individual covers.

There seems to be four choices, cheap foam, more expensive foam, foam make of latex, or on the higher end Hastens (that is the word for horse and yes horse hair is the fabric inside) http://www.hastens.com/sv/ or Tempur a "space age" NASA fabric. http://www.tm-sangar.se/
I am not kidding.

Our choice is the Tempur.
Which costs much more than foam but much less than horses...
And yes even in Sweden, if you ask "Where should I buy a bed frame?" the answer is IKEA. We are going there next.
Six days and counting until we get our keys.

"...I was walking far from home...and I found your face mingled in the crowd' 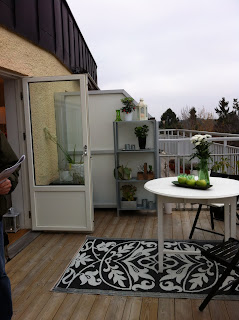 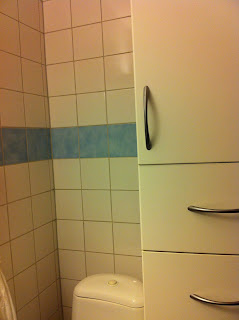 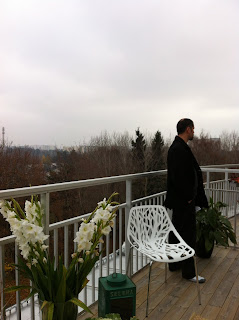 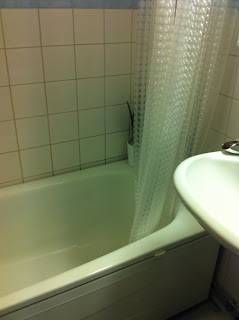 A decision made.
Zok and I are going to try living part of the time in Tasmania (which I do think of as home) and part of the time in Stockholm.
This decision is pretty large, and I can only take the year as I experience it day by day.
I am very excited to move, and be in my own space.
I have always needed my own space and all that goes with a home is very important to me.

Getting an apartment in Stockholm is rough. I think of the process as being like finding a place in a large city such as New York.
Officially we gets keys on December 1st.
We actually do not own anything here- a few odds and ends but very little.
Zok and I have been exploring and do a lot of shopping at second hand stores.
Of course I should buy a kettle...but I only came away with Christmas lights.
Here are the only photos I have of the apartment.
We viewed a lot of them. There was always a huge crowd. The showings are usually short, about a half hour. So each time slot came with twenty people waiting outside the door and crowding in together...
I felt uncomfortable snapping away when people still live in the places and I was surrounded by other people who were viewing the property.

Basically Stockholm apartments are divided by how far they are out on the subway lines.
Not just on a city line, but if they are on a 'good' subway line.
Being on a subway line and not a 'commuter train' or a bus.
Bathtubs, shower stalls are rare. Mostly a corner of the bathroom has a shower head and it is just sort of curtained off.
Balconies are the number one feature people want. So the quality and size of the balcony is very important.
Charm as in marble, inner city ambiance, older windows, beams are very, very expensive. Many of the inner city apartments are very small.
So all in all, we had very few compromises with this apartment. We are ten stops out, but on a good line. With a flat walk to our apartment from the station.
We have a tub, a small second room (read guest room and office). The bedroom is small BUT we have a tiny enclosed sun room or enclosed balcony at the front AND what can only be called a terrace- larger than a balcony. Large enough to fit many Derby girls on a nice summers day.

I will keep posting updates here.
I will giddy with tasks and the amount that needs to be done!
Posted by Colleen at 8:52 PM 1 comment:

What comes after 'All Saints' day? 'All Souls' day 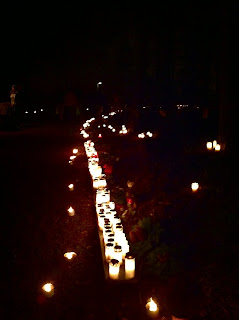 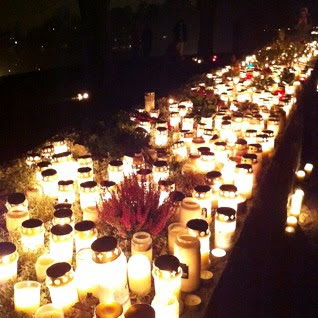 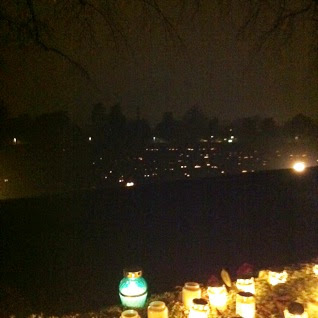 Sweden has just had a long weekend, with businesses and government offices closing up early on Friday. Many staying closed through Monday morning.

Saturday was 'All Souls' day, where graves are spruced up, new plants are planted, wreaths are laid out. The most common activity is to leave out a lit candle.
Now that so many people live in Stockholm but come from other parts of Sweden, common areas in the cemeteries are being open to any person who can not make it back to where their loved one is buried. So, thousands upon thousands of candles get massed together.

I have been here on All Souls day before but I have only gone to older, small church yards where maybe a few hundred candles were massed together. But this year, as you may have read, I learned about Skogskyrkogården, which is about 250 acres of forest with graves set back into the forested area. The walking lanes were lined with candles and wreathes. Candles were massed on the tops of serenity areas, and areas where ashes are scattered. Some people ringed the trees off the pathways. Then beyond the mayhem of brightly lit areas, there were the graves that lie throughout the forest, this area was lit up subtly, but in a regular fashion so that there was a sense of wonder to the scene.
I, thought of fairy tales, fireflies, or a movie set.
But I am shallow like that.
The sight of thousands and thousands of candles is hard to describe.
We went in the crowded front entrance with hundreds of other people, but we left through a lesser used corner of the cemetery. We walked for over a half hour though the mist with the candles to light our way.

I could not capture the sight well with an iPhone.

I had scrimmaging with Team Sweden during the day, then the cemetery in the evening, followed by a nice, loud, fundraising party for Team Sweden.